Just complete a Healthy Activity by September 30 to be entered. Learn more.

Say no to diabetes with the Diabetes Prevention Program with Omada

Because there are no clear symptoms of prediabetes, you may have it and not know it. Early detection, treatment, and lifestyle changes can decrease your risk of developing type 2 diabetes and reverse prediabetes. The Diabetes Prevention Program with Omada can help you get to better health. Read more.

On a recent trip to the Atlanta maintenance facility, Karen Miller, President ATU Local 1700 caught up with Christian Castagne Sr., Diesel Mechanic, and discovered they share a personal mission to spread the word about preventive care.

In February 2019, Karen lost her husband, Cornell Gaulmon, 64, too soon. “I took him to the ER in January 2019 because he wasn’t recovering from the flu, and they found colon cancer that had spread to his liver. The doctors said he probably had had it for 10 years or more. All I could think is how I’m urging members the importance of having a physical. But, Cornell was just the picture of health – ate healthy, took no medications, and exercised regularly.”

Christian, a 43-year-old Greyhound employee for 19 years also eats healthy and runs 9 miles a week, but a few years ago, an annual wellness checkup likely saved his life.

To avoid the Healthy Hound $300 per year penalty ($600 if your spouse is enrolled), Christian saw his primary care doctor in September 2017. The visit prompted his doctor to order a colonoscopy, which revealed a mass. A few weeks later, Christian had part of his colon and his appendix removed. “The tumor was benign, but the doctor said if left unchecked, in 10 years it would have developed into cancer,” he says.

Christian and Karen marvel at the similarities in their stories. “My husband took good care of himself, but he resisted going to the doctor,” Karen says. “If he had had an annual check up, he would still be here today. Do it for the people who love you. We should want to be around for them. You have families that love you and want you to come home at night.”

For Christian, it’s also personal: “I talk to the guys in my shop about preventive care and based on my story, they and even my doctor decided to get checked out. I’m 43 and I think about, ‘What am I doing now to protect the 53-year-old me?’” 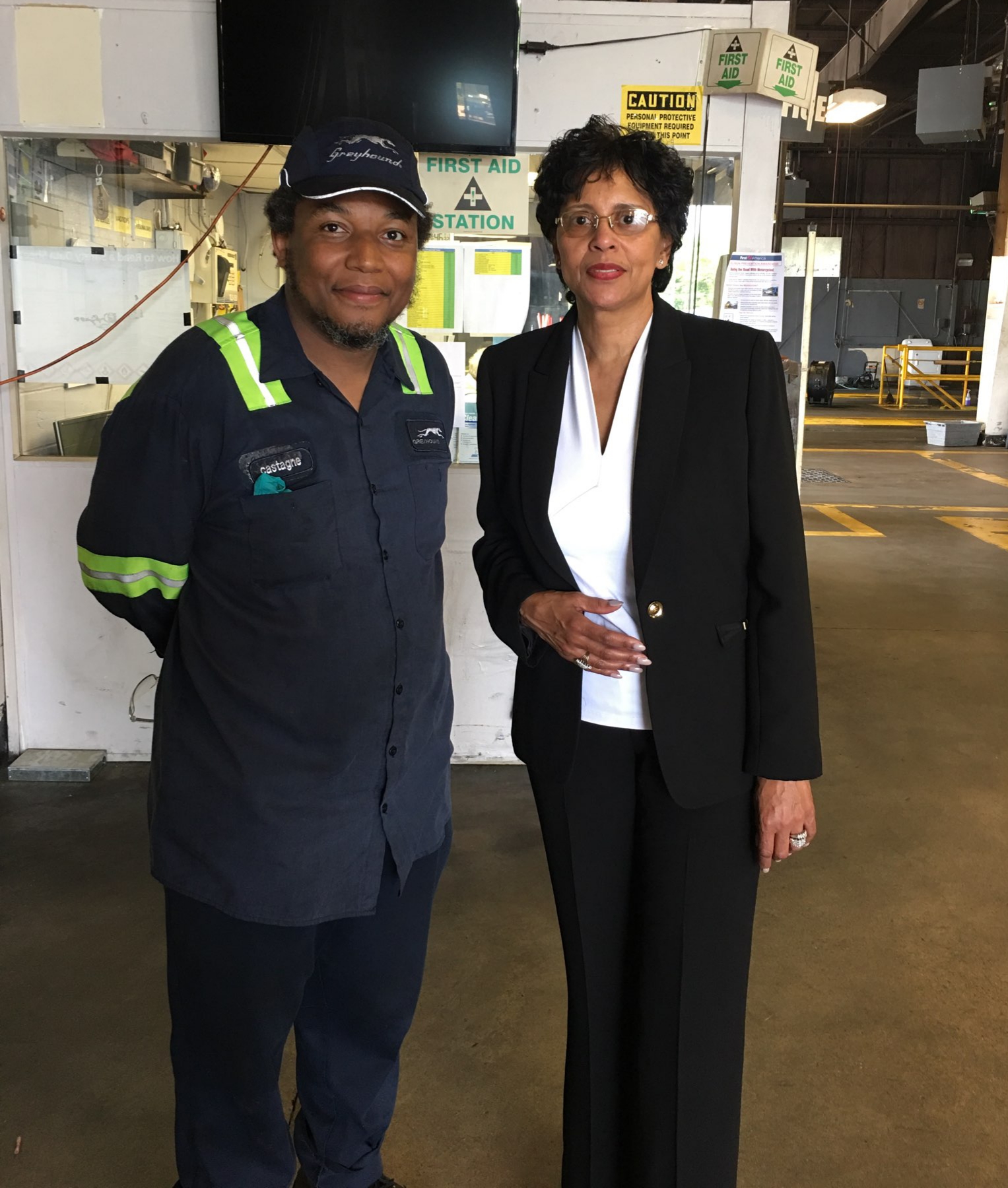